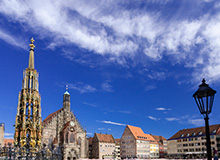 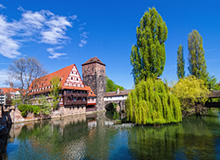 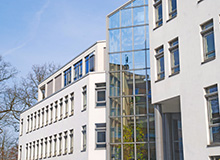 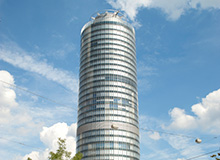 The metropolitan region Nuremberg/Erlangen is situated in the south of Germany in beautiful Bavaria which is about 160 km north of Munich and about 200 km east of Frankfurt. Nuremberg Airport has been honored with the award “Best Service” on many occasions. The region is also easily accessible by flying into either Munich or Frankfurt airport.
The region provides you and your relatives with every opportunity to guarantee a most comfortable and interesting stay. Many sightseeing spots some of which are listed as world heritage sights along with super shopping amenities are practically on the doorstep. The nearby lakes and mountains provide an ideal panorama for excursions as do the cities such as Prague, Munich, Frankfurt and Stuttgart. The classical ski slopes in the Alps can be enjoyed within a ca. two hour car journey.
Children will also love the area. Nuremberg zoo boosts the biggest and most beautiful dolphin house in Europe. Many sport firms such as Adidas and Puma or the toy manufacturer, Playmobil have their outlet centers and their arenas e.g. Playmobil FunPark located nearby.

First-Class in Medicine and Health

The medical care in the metropolitan region Nuremberg/Erlangen is of the best on offer in Europe and is unique for its concentration of medical clinics, medical service providers as well as medical research and education institutions. The Medical Valley set in the European Metropolitan Region Nürnberg (EMRN) is one of the economically most thriving and academically most active medical technology clusters worldwide. The most modern treatments and medical appliances are developed here. In 2010, the Medical Valley EMRN was named the national “top cluster” for medical technology by the German Federal Ministry of Education and Research. 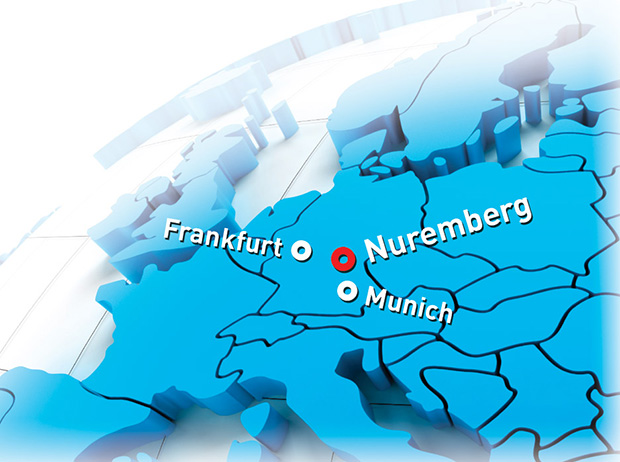